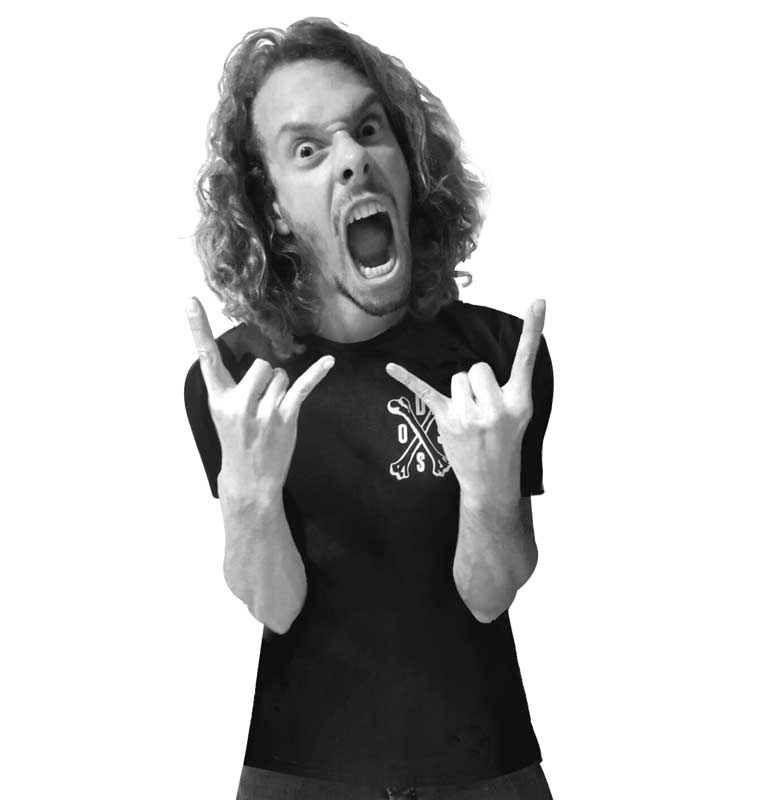 Every time I go to a concert, I am frantically attracted to the stands which sell CDs and T-shirts of the band. They mean a lot to me, they are memories, which sometimes become my new Linusblanket!
So one day I told myself: what the fuck, why don’t I do anything like that?
I wanted something that would represent me, that would express visually on a piece of clothing who I am, what I think and how I see things.
Something a bit “punk rock” with a “metal” touch here and there, and boom… the universe has helped me and for a series of lucky coincidences I met Yuri Scarpellini who helped me to draw it.
The result was so cool, I just love it!
visit my shop
Utilizziamo i cookie per essere sicuri che tu possa avere la migliore esperienza sul nostro sito. Se continui ad utilizzare questo sito noi assumiamo che tu ne sia felice.